New Zealand farmers’ use of the smart nitrogen product, SustaiN, has topped 1 million tonnes since its launch – reflecting evolving practice and a growing preference for targeted nutrient solutions that are more effective, efficient and have better environmental performance.

Ballance Agri-Nutrients Science Strategy Manager, Warwick Catto, says the rapid growth in the appetite for SustaiN – in preference to urea – over the past 15 years has come from the tangible benefits that farmers see in this “hard working nitrogen product”, which has granules incorporating the world’s leading urease inhibitor Agrotain®. Mr Catto says this reduces nitrogen losses from ammonia volatilisation by 50% on average compared to urea.
SustaiN was launched by Ballance in 2002 and has been Fertmark certified for more than 10 years. Ballance’s PhaSedN® and SustaiN now together account for half of all Ballance’s nitrogen fertiliser sales. In some regions, the proportion of farmers converting to these smart nitrogen products (from urea) is around 70%.
He says the biggest benefit is in efficacy on farm: “For every 500,000 tonnes of urea sold in New Zealand, around 10-20% of the available nitrogen will be lost through volatilisation. That’s the equivalent of 23,000 tonnes of nitrogen that’s not doing its job in the soil and generating a return for farmers through better pasture and crops.”
Ballance estimates that SustaiN sales have replaced an estimated 50,000 tonnes of urea being applied to land, reducing the emission of greenhouse gases such as nitrous oxide (N20) to the environment.
Nitrous oxide is recognised as a powerful greenhouse gas and accounts for more than 14% of New Zealand’s greenhouse gas emissions. Given emissions from agriculture make up around 46% of our total emissions, these reductions alone are valuable environmentally and financially with an estimated saving of $1 million in New Zealand’s greenhouse gas liabilities.”
Mr Catto says more and more farmers are switching to smart nutrient products when it is clear that they can easily overcome common operational challenges using traditional urea and achieve better outcomes for a similar spend.
“For example, farmers using urea try to avoid nitrogen loss through volatilisation by applying the fertiliser when wet weather is forecast.  We know from Landcare Research and our own trials that a good 5-10mm of rain is needed within eight hours of application to reduce ammonia loss.
“Even if losses can be reduced by timing the applications with rain, farmers have no ability to control where any volatilised nitrogen is re-deposited. It could end up in rivers, lakes or forests, which is less than ideal environmentally. SustaiN is known to reduce those volatilisation losses.”
He says a product like SustaiN, while sold at a premium over standard urea, is more cost effective in the long-run as the premium is recovered in reduced N loss, better pasture and crop response and reduced reliance on immediate rain to minimise volatilisation.
“Farmers are increasingly weighing up cost over performance.” 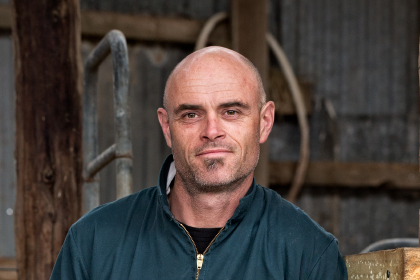