Stopping the rain from washing away dairy farmers’ profits 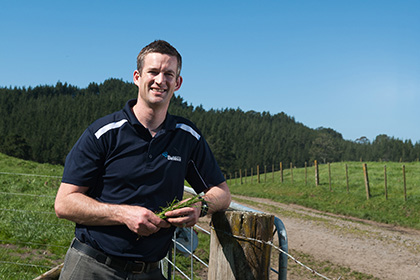 Dairy farmers who have been experiencing wet weather could be facing unexpected soil nutrient loss due to a common misconception about how urea fertiliser behaves when soils are moist from previous rainfall events.

This misconception is based on a common belief that volatilisation, the process where nitrogen is lost through conversion into ammonia gas, is minimised if urea fertiliser is applied to moist soils or before a heavy dew or light rain.

Ballance Agri-Nutrients Science Manager Aaron Stafford says that while he can’t predict the weather, the good news is that a strategic look at your nitrogen fertiliser applications and some smart science can help to get the best from your investment, rain or shine.

“This is because urea fertiliser is rapidly converted to ammonium, especially when applied to moist soil. And once in the ammonium form, nitrogen will be retained close to the soil surface and will not be washed deeper into the soil with subsequent rainfall, therefore increasing the amount of nitrogen available to be lost through ammonia volatilisation.”

This unexpected loss of soil nutrients could seriously affect production on dairy farms, with many dairy farmers - feeling the squeeze from low international milk prices - cutting back on imported supplementary feed and relying on pasture production as a cost-effective alternative.

Mr Stafford cautions it’s also possible that farmers affected by higher than average rainfall, particularly those on free draining soils, will have experienced high sulphate leaching in their soils over winter. Soils with low soil sulphur levels have the potential to limit pasture responses to nitrogen fertiliser in the early-spring period, lowering overall growth.

This can be overcome by switching from a nitrogen only product to a product which combines nitrogen and sulphur, such as SustaiN Ammo or PhaSedN QuickStart.