Ballance Agri-Nutrients’ has welcomed the release of a phosphate rock shipment from Port Elizabeth in South Africa – ending more than a year of uncertainty for the Co-operative’s supplier, ship charterer, insurers and other parties caught up in a legal claim over ownership of the cargo.

CEO, Mark Wynne, says the Co-operative has no current interest in the cargo that was originally intended for manufacturing in New Zealand, but as a Respondent in the Court proceedings in South Africa is pleased to see a “pragmatic resolution that enables the vessel to be returned to its owners, and the cargo recovered by OCP Group’s Phosboucraa subsidiary.”

Mr Wynne says Ballance is now working together with other parties to review the costs that have accrued during the detention of the cargo since May 2017, and expects any financial impact on the Co-operative to be small and not material.

As a farmer-owned co-operative, Mr Wynne says Ballance is very conscious of the different perspectives around sourcing from Western Sahara, and would be continuing to take its lead from the United Nations.

“Our view all along has been that the UN is the correct place to address the underlying issues around self-determination and sovereignty for Western Sahara, which are very complex and long-running.”

Mr Wynne says the Ballance Board and senior management are directly involved in the due diligence around major suppliers – including in this case visiting Phosboucraa and reviewing the work of the Phosboucraa Foundation: “This is about taking all reasonable steps to ensure that our supplier meets our standards and the expectations of our customers, and ultimately consumers”.

“In addition to product quality, we’ve been on the ground to see first-hand the economic development, community support, environmental and healthcare initiatives that OCP Group has underway in the area.

“They have been a supplier to us for about 30 years and this is an important relationship, as the source of about 70% of all the phosphate used by New Zealand farmers and growers.” 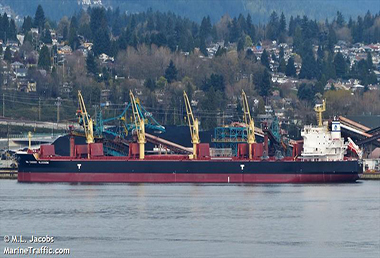