The $50 million showcase project of Taranaki’s new energy future will be based at Ballance’s Kapuni ammonia-urea plant, and is seen as a catalyst for the development of a sustainable green hydrogen market in New Zealand to fuel heavy transport – as fleet operators push to reduce carbon emissions (C02-e) in response to Zero Carbon legislative change.

The renewable hydrogen hub will be a perfect marriage of industrial scale renewable energy and hydrogen production, providing a model for other industrial operations and future decarbonisation of New Zealand’s agricultural inputs by substituting green hydrogen to replace the current natural gas (CH4) feedstock.

Ballance Agri-Nutrients CEO, Mark Wynne, says “this flagship green hydrogen project is a collaboration of national significance” – bringing together world-leading hydrogen technology and the specialist technical capabilities in the region, to leverage existing infrastructure for the benefit of New Zealand.

“Working with Hiringa we have a truly unique opportunity to create a hydrogen ecosystem at Kapuni – powered by renewable energy – that we can grow and develop as a template for New Zealand’s leadership in what is an exciting space globally.”

Andrew Clennett, CEO of Hiringa Energy, described the project as “an innovative concept developed locally, which takes advantage of our ‘built’ and natural resources”.

“This will create a foundation for a hydrogen market in New Zealand so that we can start more aggressively taking carbon and other pollutants out of heavy transport, and develop other high-value uses for green hydrogen in our economy as part of our low-emissions future. We are delighted to be working in true partnership with Ballance Agri-Nutrients on such an enabling project”

The Kapuni Green Hydrogen production alone is expected to generate sufficient ‘green’ hydrogen to supply up to 6,000 cars, or 300 buses and trucks per year.

Mr Clennett says the project has national significance and is linked with Hiringa’s development of a hydrogen supply and refuelling network in New Zealand to enable use of hydrogen fuel cell technology for zero-emission heavy transport – displacing imported fossil fuels with home-grown clean energy.

This is a key regional project outlined in the H2 Taranaki Roadmap launched by the Prime Minister, Jacinda Ardern, and Minister of Energy & Resources, Dr Megan Woods, in March this year.

This comprehensive report into the opportunities presented by hydrogen for Taranaki and New Zealand's energy future is one of the first under Tapuae Roa: Make Way for Taranaki – Taranaki's Regional Development Strategy, and was developed in partnership between Hiringa Energy, New Plymouth District Council and Venture Taranaki, with support from the Provincial Growth Fund. It also supports the Draft Taranaki 2050 Roadmap that is building upon the Tapuae Roa Strategy.

HARNESSING THE POWER OF WIND

Under the Joint Development Agreement the two companies are planning the construction of up to four large wind turbines (with a total capacity of 16MW) to supply 100% renewable electricity directly to the Kapuni site, and also power electrolysers (electrolysis plant) to produce high-purity hydrogen – for feedstock into the ammonia-urea plant or for supply as ‘zero-emission’ transport fuel.

Mr Wynne says this enables Ballance Kapuni to use almost entirely renewable electricity for its electricity needs, and hydrogen can be produced with wind-power that exceeds the manufacturing plant’s baseload electricity requirements.

The project is a key step for the energy sector transition in Taranaki, with the region already having two large-scale hydrogen users – Methanex and Ballance Kapuni that can potentially provide baseload demand for green hydrogen. The existing core competency in hydrogen production and use at Ballance’s Kapuni site is an excellent platform, Mr Wynne says.

Ballance’s Kapuni plant is one of the largest employers in South Taranaki, contributing hundreds of millions of dollars to the regional economy in wages and contracts work.

The plant relies on natural gas for its feedstock so this project represents a way to not only future-proof a large employer but also provide additional employment opportunities, during construction and as the hydrogen market develops.

While the hydrogen fuel-cell market develops, the supply can be fully utilised in the Kapuni Ammonia-Urea plant to manufacture ‘green’ nitrogen fertilisers that will have an extremely low emissions profile. Mr Wynne says, “We’ll be able to offer a new choice of nitrogen fertiliser for New Zealand farmers who have sustainability front-of-mind”.

The manufacture of green ammonia-urea will offset up to 12,000 tonnes of carbon emissions and avoid the import of 7,000 tonnes of urea from the Middle East and Asia. Production of green urea would eliminate the equivalent amount of CO2 as taking 2,600 cars off the road.

“We’re thrilled to be able to bring this opportunity forward for our farmer-shareholders, for Taranaki, and for New Zealand – to create a renewable hydrogen energy hub that could enable deep cuts in emissions from our heavy transport fleets and also produce an alternative green nutrient source to help keep New Zealand growing,” Mr Wynne says.

Ballance and Hiringa are looking forward to sharing the plans with Government stakeholders, Iwi and other local community and commercial stakeholders – along with discussions with potential hydrogen customers, to help realise this “tangible example of ‘Just Transition’ for the Taranaki region into a new energy future”. 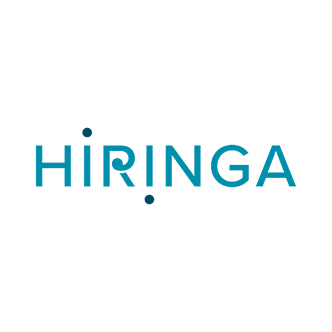